Not one of them hesitated. Not one, when asked will you go with me and accept this challenge, stood in fear and reservation. Not one of them asked for anything but they all took one step forward and said, “Send me I will go with you.”
Tasked with what seemed to be just another useless attempt at killing an oil and gas well which had been blowing out for nearly three months, these men ignored the doubtful naysayers and walked into this situation with determination and a hopeful heart.
Upon arriving to the location on May 25, 2019, the reality of the situation that we were faced with begin to set in. The sounds, the smells, and all the senses of the team were on high alert. There was a steady frenzy on the location of employees from several different companies scattered about doing their best to play their part in what was quickly becoming one of the more challenging blow-out operations in this region. Gas detection systems, sniffers, spark arrestors, blow-out specialists, isolated work zones, and tight monitoring of personnel on and off location were just some of the precautionary measures being taken to prevent an inadvertent and unexpected catastrophe. It did not for one second distract them from their focus to GET THE JOB DONE!
Others on location saying that we were just the next option to attempt to kill the well but doubted that our efforts would prove fruitful. They had, you see, been there for three months and so far, all efforts to quiet this underground volcano, which was waiting to erupt, had been unsuccessful.
Nothing would make Team Supreme waiver, but they believed with all their heart that we were the solution to the problem that this oil company was facing.
And they were right!
For on May 28, 2019 as the sun crested the horizon over Bayou Hebert, Supreme crews were busy preparing for what would be “Game Day.” Preparation was complete, drills run, system configured and ready, yet all that was left was to execute the plan. With hands held tightly to one another and one final prayer the team set out to accomplish what they had been sent there to do. As the operation ensued and obstacles began to present themselves one after another. The team remained focus and steadfast. Adapting and overcoming to each situation, and never losing sight of the finish line. For we had been sent to kill that well not to simply walk away proud that we had given it our best effort.
Five and a half hours later at 12:30 P.M., the well, which had once been blowing out for nearly three months causing desperation and loss of hope, was finally under control. These men had risen from the ashes of uncertainty and imminent defeat and grabbed victory, putting to sleep the dragon that had been breathing fire for so long.
As racing heart beats and tense nerves began to give way to a sense of victory and achievement the team realized that they had just accomplished what was thought to only be the next failed attempt. They continued working diligently to complete the residual work needing to be done. But there was a definite change in their posture. They walked a bit taller that afternoon, and their heads held high in the light of success. Yet never once did they boast in the fact that they had won, but rather celebrated the effort and success of the entire team both within our company as well as all other parties that contributed to the win.
It would be impossible for me to express how blessed and grateful I am to have been given the opportunity to work with these men. I am so proud of their resilience in the face of extreme adversity and unwavering odds. These men overcame great obstacles to do the job which had been requested! 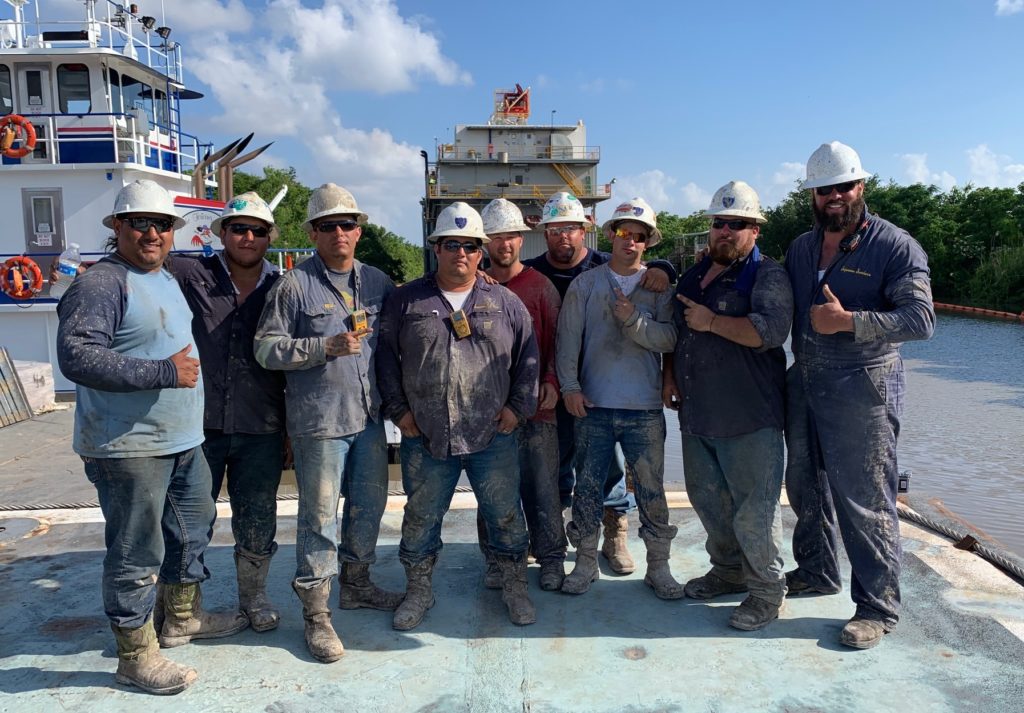 Ready to Start Your Next Project?